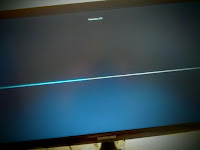 Been ages since I posted here.
All my work has been protected by NDAs. Lots of Android stuff, particularly with rs232. The products are in the wild now - check out Running Unlimited

Did a couple of days a week for a few months at Pig & Porter - a brewery in Tonbridge. Learned a lot, and am definitely making better beer...
Hence today's post. Just upgraded my brewery to 70 litres. Including building myself a box containing an SSR and PID for my HLT. During my last brew I spilt water on the box and fried the PID. I had a spare, but I decided to rebuild this and the controller for the boiler into one box using a Raspberry Pi. I saw a few solutions around for controlling brewing vessels using Raspberry Pis, Arduinos. They all seem to use a web based solution, or in the case of Arduinos, loads of switches and variable resistors. I want to keep the immediacy of knobs and switches, but inject more flexibility than my electronics skills will allow. So I figured using an interface built using Kivy, on a touchscreen would give me the best of both approaches.
So today's experiment was to get a DS18B20 temperature sensor talking to Kivy - which is what you see in the photo - this is the 'hello world' in terms of controlling my vessels.
Going to buy a protected breakout board before I start experimenting with with SSRs...
Posted by Domejunky