I spend a lot of my time researching camera and lens combinations. Since everything for the dome has to be at least part of a fisheye - that's where it starts for us. While other photographers and cinematographers might consider the fisheye an effect to be used sparingly, for the dome it's a pre-requisite.

It usually starts with a new camera, new lens, but eventually I end up looking at sensor sizes, 16:9 crop dimensions and the size of image produced by different fisheye lenses. So by way of an example I'm going to try and record it once and for all...

In terms of personal cameras, I use a Nikon P5100 + FC-E8 fisheye - really pristine fisheyes, and time-lapses. I also use an Xacti HD100 - the one that can only do 1080i - which I avoid, and use for reasonable 720p documenta of things in the University and my life, that I can edit in Blender....I've tried FC-E8 and FC-E9 fisheye adapters on it, but they crop extremely. So I've had my eye out for a compact camera that can do video with a fisheye adapter. Most compacts don't have wide enough lenses, and usually don't have a bezel - the P5100 was a bit of a find. The Xacti taught me that you can get decent video out of most things if you have full manual control - but you need a decent sized sensor. This is what lets our Canon HV20s, and the D90 down - they give you control over most things, but reserve the right to mess with the ISO or sensor gain. A good camera will let you take completely black video.

We got a Nikon D90 at work - I thought that good 720p was preferable to poor 1080p - well the D90 does neither, you can nurse the occasional good sequence out of it, through good glass - but it's not up to the ravages of a fisheye. Our Coastal 4.88 crops on it in video mode.

The Xacti taught me that you can get decent video out of most things if you have full manual control. This is what lets our Canon HV20s, and the D90 down - they give you control over most things, but reserve the right to mess with the ISO or sensor gain. A good camera will let you take completely black video. The P5100 + FC-E8 taught me that there's only so much accutance available via adapters, and that they rely a lot on the optics of the parent lens.

It was the Canon 550D this time - just been released, does 1080p, practically the same features as the 7D, but pretty cheap. I know from using our Coastal Optics 4.88mm, that this camera will crop the fisheye circle slightly. So it didn't seem like an option. While fishing around in indie film making forums, I found a lot of people talking about the Panasonic GH1, and how the 7D/550D didn't spell the death of it. I've never really considered Panasonic as an SLR manufacturer - but there are a lot of people using GH1s for serious cinematography - and the four-thirds format is becoming a hobbyist's playground.

I stumbled upon this shift(not tilt) adapter:

...and suddenly whole new set of options opened up. A day of research and furious scribblings later I'd worked out the following. 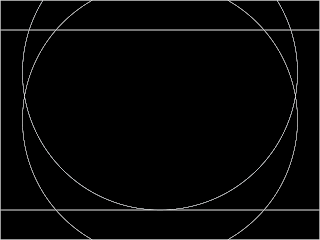